Kong spent her formative years at the barre of a ballet studio, pointing, stretching, repeating,
perfecting. Her work continues to engage with and regulate the body– sometimes her own body,
sometimes the bodies of her peers, often negotiating the boundary between the two. In a 2015 series of 50
choreographed instructions, she condenses movement into sparse directions:

1. Choreography in four parts (1)
2. Hand on your hips
3. Heels touching
4. Bend your knees
5. Straighten your knees

The simple, organic gesture is deconstructed and reassembled in language. There is room in this
translation for misinterpretation. Indeed, she invites the viewer to transgress the classical ballet of her
youth, opening it to the masses. The tidy compartments of her conceptual project are muddled through
their various and numerous interpretations. Her more recent work calls for viewers to enact change upon
her own body, further problematizing and blurring the body and its autonomy. Reversing traditional roles,
the viewer’s body becomes active while the artist’s body becomes passive, while still retaining authorial
voice.

Similarly vested in the body, Freeman’s work interrogates the concept of masculinity and the
veracity of its image. Indeed the image itself, as he positions it, is gendered with male pronouns. Through
relentless reproduction and dissemination, the photographic image constructs damaging masculine
paradigms for its fellow male bodies. Part III of Freeman’s thesis is titled “Guidebook: How to Destroy
Image, Language, and The Male Body.” Under the heading “Men’s Health Magazine November 2017
Edition,” Freeman instructs the reader to:

I. Purchase the magazine for $4.99
II. Read the magazine in full however do not read the last page
III. Place your fingers on the men’s faces on their fingers
IV. Prepare the fork and knife
V. Cut the bodies out of their home
VI. Re-structure an image that has never existed, could never have existed
VII. The boys are so tickled, a home away from home

That these instructions are at times impossibly specific, at times confusingly vague, mirrors the way
Freeman believes images direct us and trap us. In his work, Freeman actualizes this process. He
accumulates words and images, feels for their boundaries, cuts them out, displaces their contents,
examines their innards, and assembles them on walls– a home away from home. In doing so, he
transitions the men of item III to the boys of item VII. Thus, the image he reconstructs is an innocent one,
a de-socialized one, a queer one.

Kong is not interested in destroying media so much as slipping its noose altogether. Unlike
Freeman, her performance pieces rarely leave residue beyond a drawing in a private notebook. In fact,
there are hardly any objects in this exhibition at all, only a clipboard facilitating Kong’s conceptual piece
and the wall-bound assemblages contributed by Freeman. The walls, too, may have been deconstructed by
the artists had they not been structurally necessary. 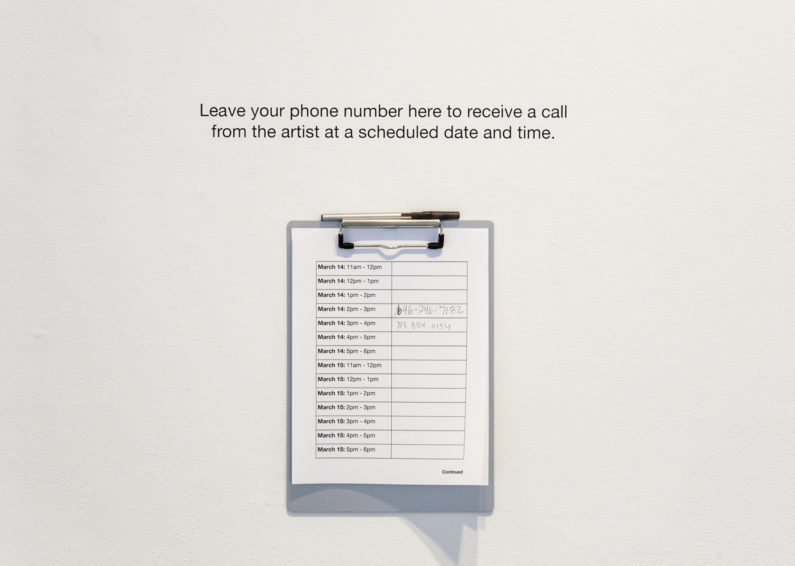 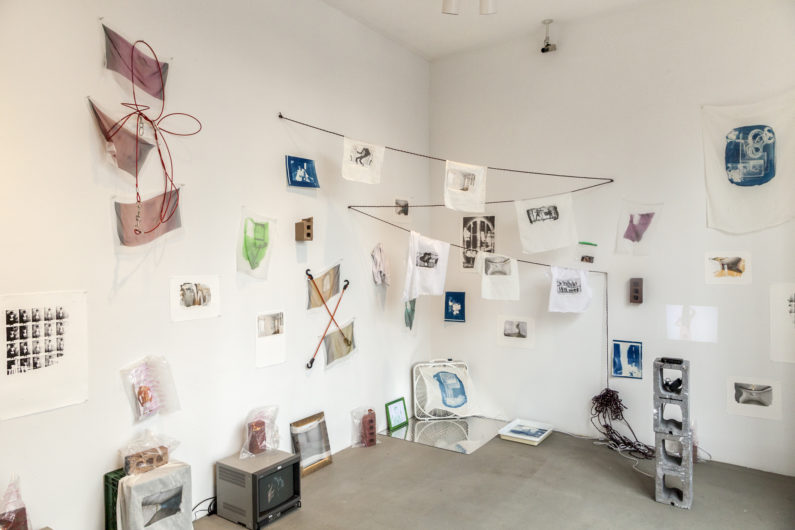 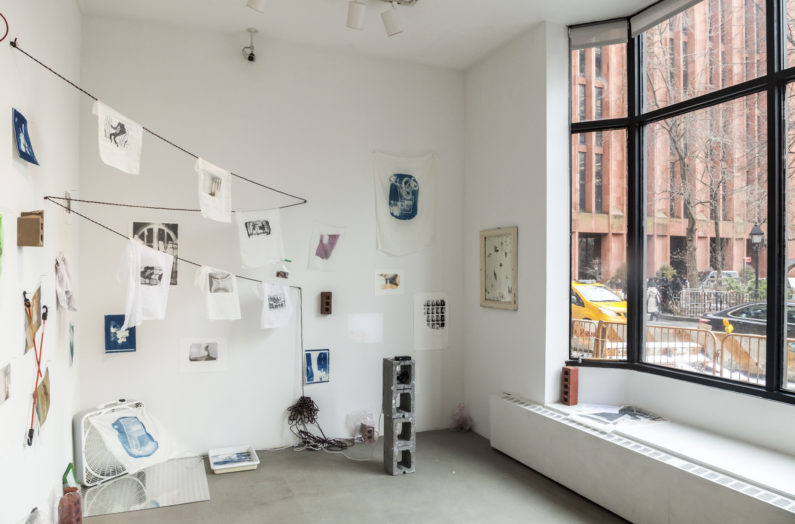 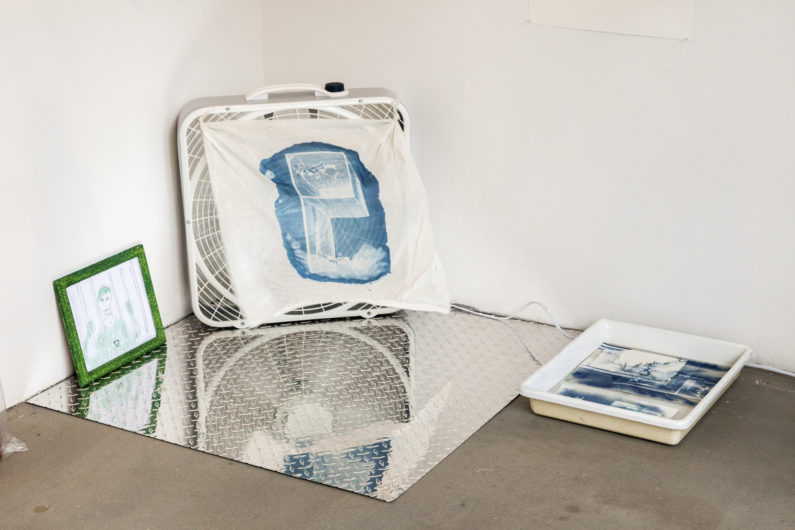 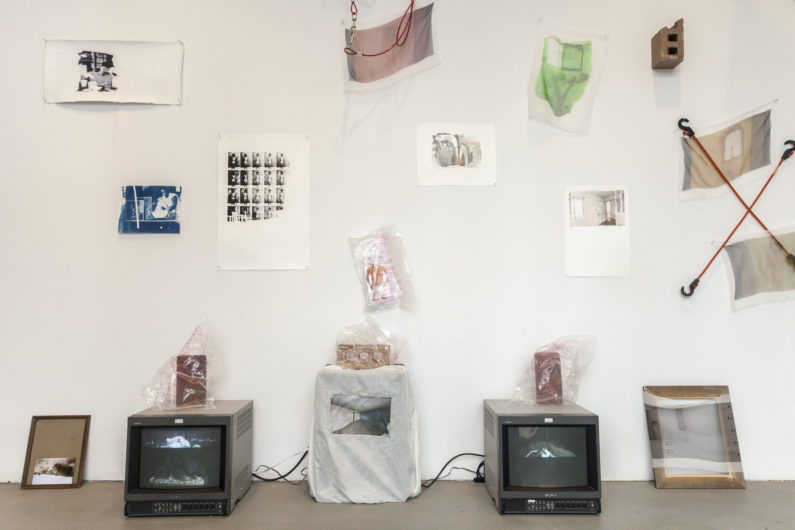 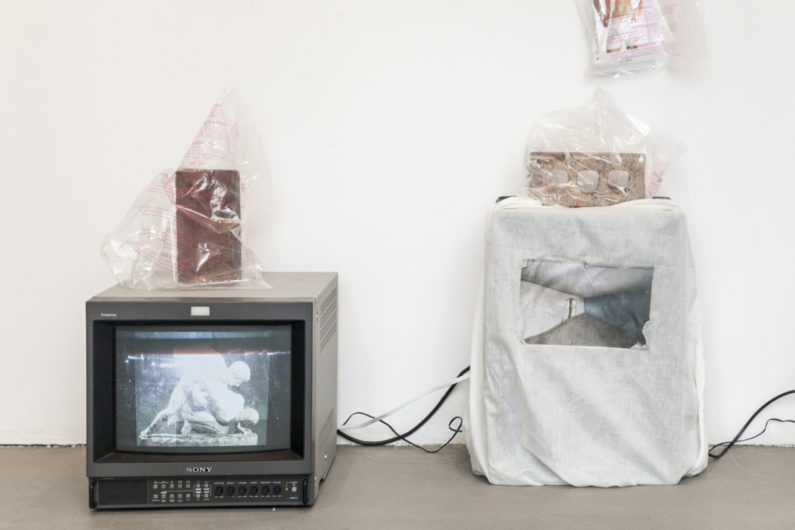 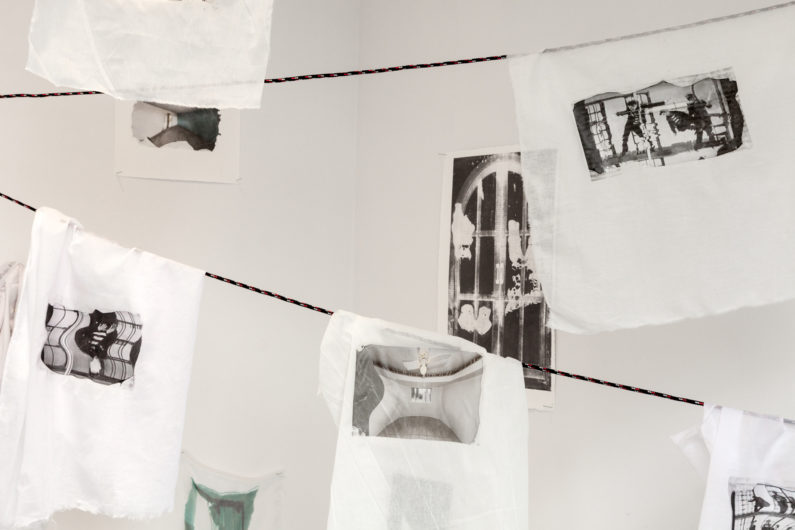 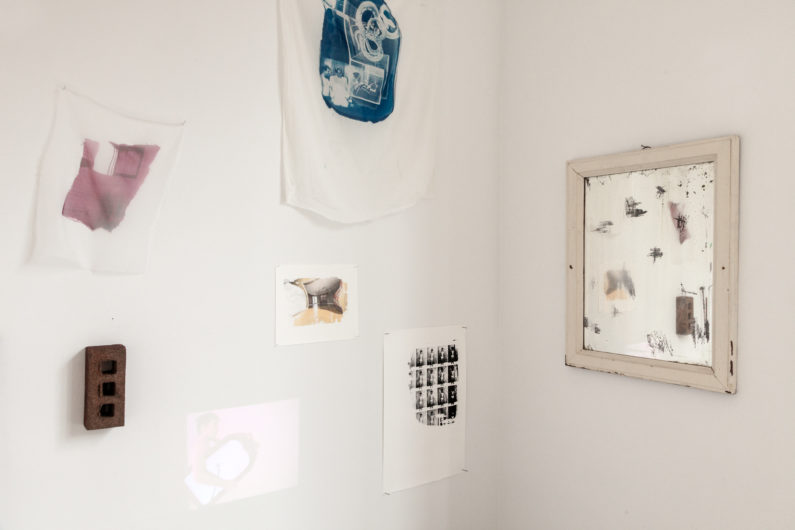 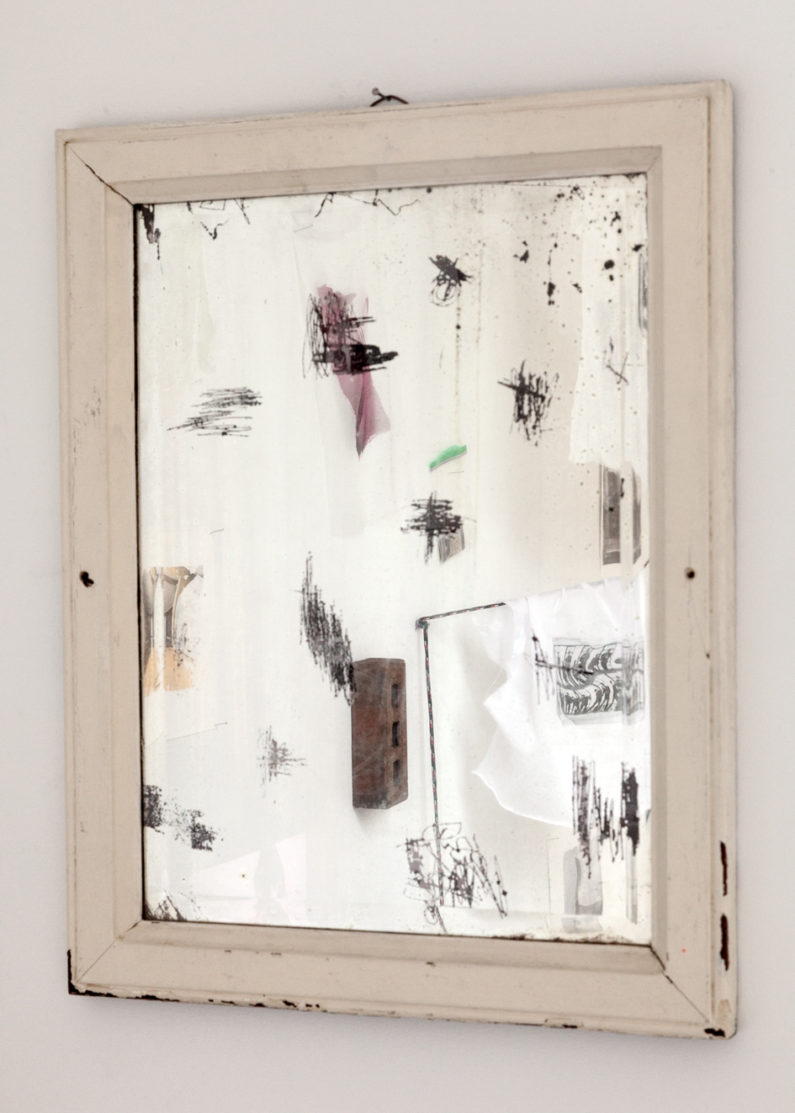 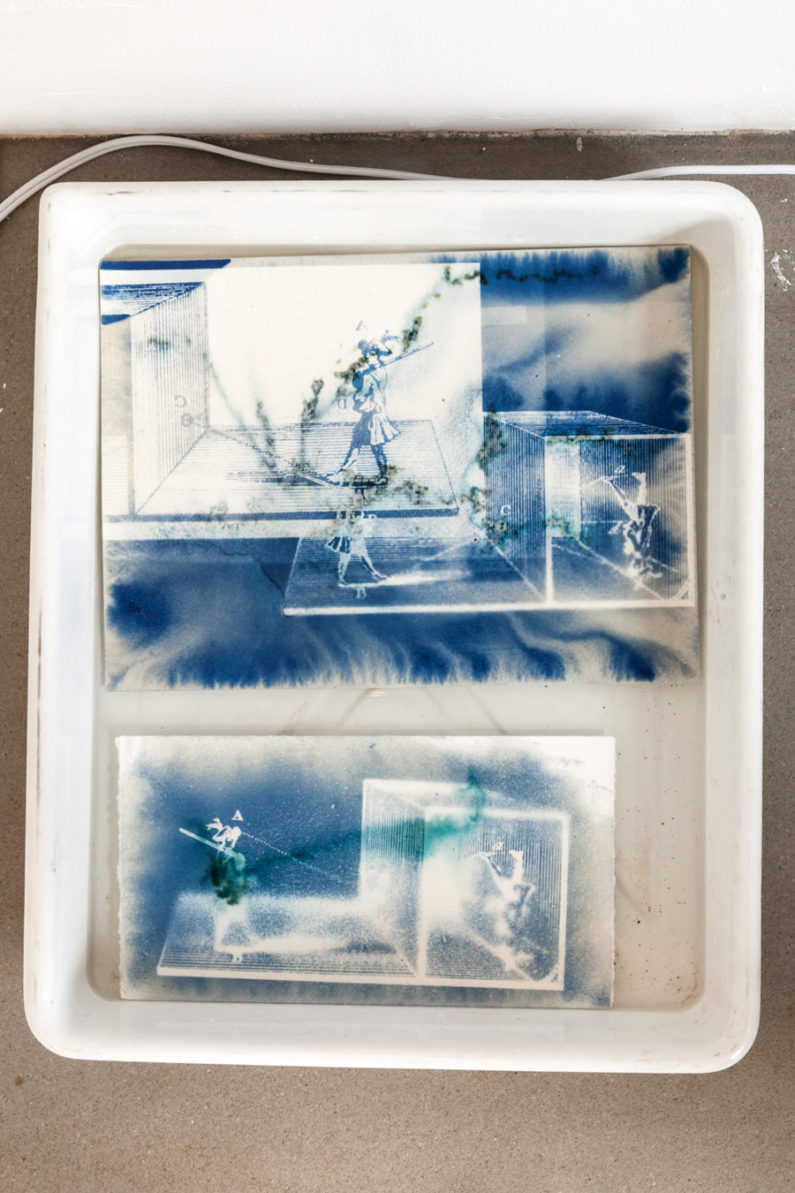 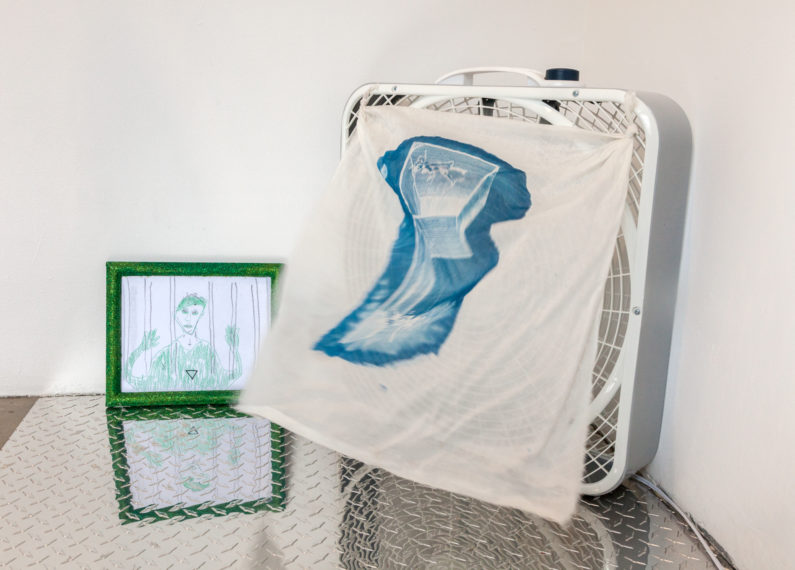 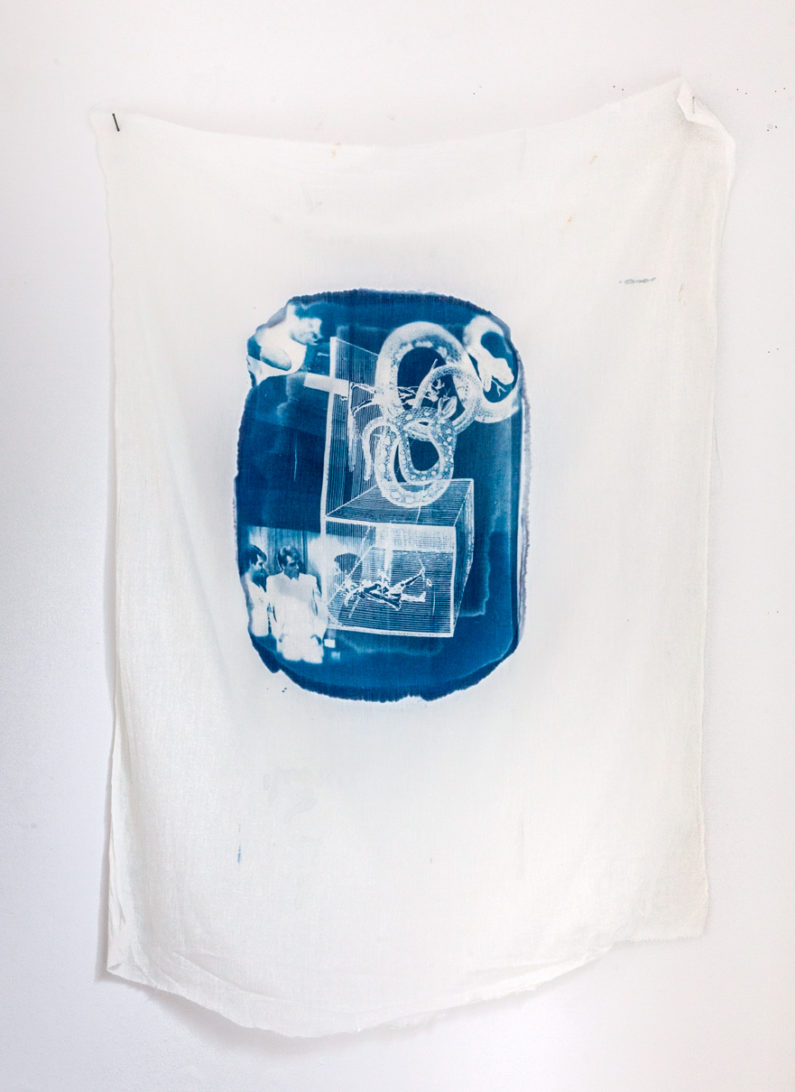