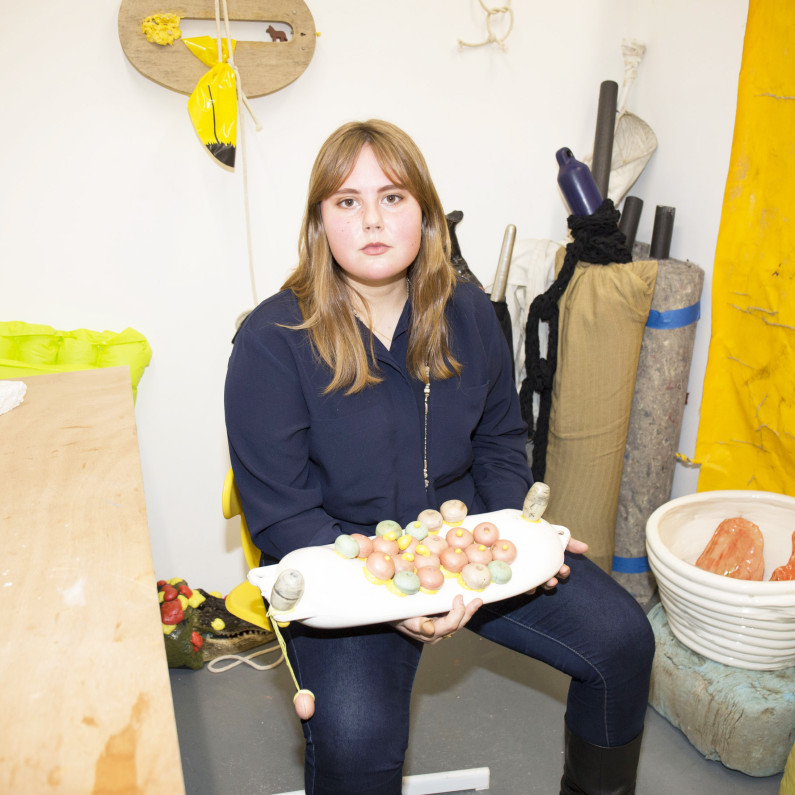 As a sculptor, Paula Rondon is interested in storytelling. Her work is influenced by iconic scenes from film, character archetypes, and the cliches of their stories. Rondon’s work dissects the pop-culture images we all seem to know, which, like the classic song that’s always on the tip of our tongue, we cannot seem to place the who or where.

Paula Rondon is a mixed-media sculptor and BFA graduate from New York University. She is currently working and living in NYC, and has exhibited throughout the city at several venues including Planthouse Gallery, The Broadway Windows, The Kimmel Windows galleries, and 80WSE. Rondon grew up in South Florida and is influenced by images and objects from maritime culture, as well as the Hollywood film culture of Los Angeles–where she was born.

Paula Rondon’s work was featured in “Close to the Chest” curated by Adam Dunlavy.