It is a pure accident that Jongho and Daniel both work with glass and metal but achieve disparate ends, stripping down disguises and obstacles in contemporary society. Objects are saturated by images and sound that always serve a designated public service. It is appearances that narrate the story, not humans. Guy Debord predicts our modern dilemma by saying, “everything that was directly lived has moved away into representation.” The exhibition Sense and Insensibility, featuring new works by Jongho Lee and Daniel Evanko, takes an initial step to retrieve our autonomy of time and sense, which have been clouded by seemingly or acoustically bewildering reality.

Jongho ceaselessly de-contextualizes found objects through a series of assemblage, alteration and re-installation. Abandoned window frames, wasted construction material, plastic knick-knacks and other frivolities — we are so accustomed to using and discarding them in daily life that we take for granted their predetermined functionality, readiness and harmlessness. His work, 9th and Stuyvesant, is a site-specific installation that prompts us to contemplate our abiding sense of security in urban environments. Jongho installs the metal pole in a way defying its normal presence. By doing so, he is able to re-shape its physical environment into what he calls an “architecture as deus ex machine in art form”, which evokes an eerily shocking effect as we gape at and evade it. His glass-metal sculptures also resurrect picked-up material from the street. After meticulous study of their chemical ingredients and manufacture profile, he alloys them. In the process of melting, deforming and forging, their own chronology as functional items shatter, thus giving birth to an alternative narrative of object history.

Daniel takes his cue from the immaterial sensorium that governs human interactions in our society growing ever distant and split. A musician his entire life, he believes that sonic elements, generated through or enhanced by sculptural objects, contain the decisive power to unify and resonate experience among the viewers. Connectivity is the penetrating theme in his works. A collectively shared experience of the sensorium can be reached only when inside the gallery space, which filters out the ubiquitous noises and hums of the city. Similarly exploiting the unpredictable materiality of glass and metal as Jongho, Daniel documents the incidental cracking as well as planned synthesis in the process of making. Material transformation alludes to the fluctuation of human psychological responses, which have long been waylaid and diluted by excessive stimulators in contemporary life.

The exhibition explores the full potential of spatial features at 80WSE Gallery, creating an sensorium immersion yet simultaneously disconnecting from our common knowledge of time and sense. Exemplified by the works of Jongho Lee and Daniel Evanko, we see a tension between the palpable objects and the formless, pure experience. 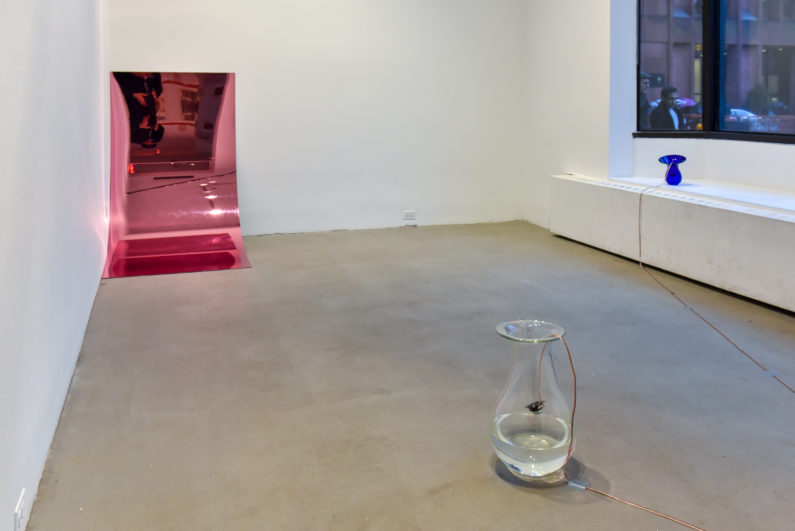 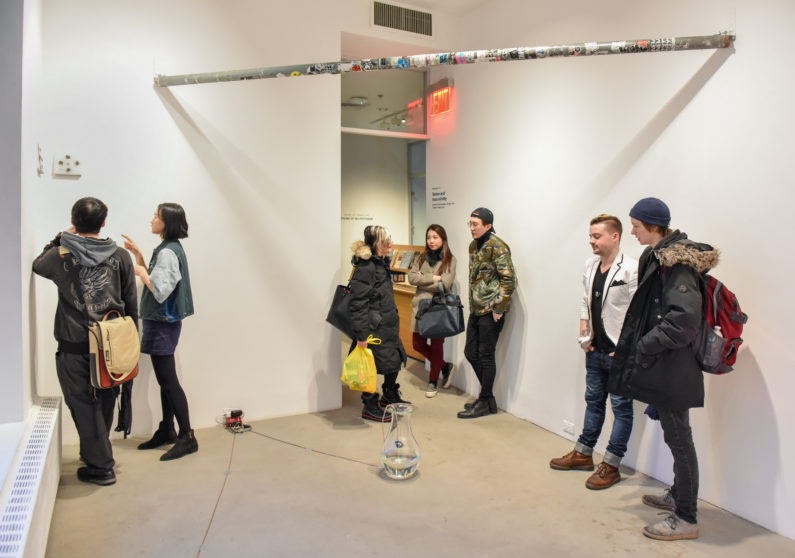