Intimate Matters is the second Group Show organized by the New York University Curatorial Collaborative. Initiated in the summer of 2014, this collaborative aims to create a dialogue between artists from Steinhardt’s studio art program and curators from the Institute of Fine Arts.

In the second edition of the NYU Curatorial Collaborative, five curators and nine artists have challenged themselves to investigate the concept of intimacy. These past few months, the artists and curators have gotten to know each other through close collaboration that in itself relates to the show’s title. What does it mean to have to share your work and artistic ideas with total strangers?

Exploring how the most intimate aspects of young artists’ lives are translated into their art and communicated to a largely nameless audience through endlessly varying methods, Intimate Matters questions our preconceived notions of intimacy. In its most obvious form, intimacy manifests itself through the body and artists often use their own physicality as a surface or a medium through which to convey their ideas. Additionally, intimacy can extend beyond the materiality of the body and find its place within the materiality of the work. Whether the first is more intimate than the latter is a thought-provoking question. As argued by Michel Foucault, the physicality of the body can restrict the possibilities of experimentation. In his essay The Utopian Body, the author describes his body as a pitiless place that prohibits movement, if only because one cannot move without it:

Not that I am nailed down by it, since after all I can not only move, shift, but I can also move it, shift, change its place. The only thing is this: I cannot move without it. I cannot leave it there where it is, so that I, myself, may go elsewhere.[1]

In the works exhibited in this show, the presence of the artist’s body is implied even when the body itself is absent, and the viewer is left to visualize a situation in which the body was an active participant in the creation process. Wandering around The Commons, our minds wander off to alternate times and places that exceed the gallery walls. Ultimately, Intimate Matters makes us consider intimacy as a collective experience; something that is not bound to any individual body or material, but has many voices and manifests itself in various ways.

I would like to extend my gratitude to the inspiring curators and artists who have fully dedicated themselves to the second edition of this exciting collaboration. Special recognition must be given to Tammy Brown and Ian Cooper who have fueled the collaborative from the very beginning with passion and devotion, as well as my NYU Curatorial Collaborative Coordinator predecessor Madeline Murphy Turner. This project would also not be possible without the unwavering support of Jesse Bransford. Finally, many thanks go out to Ben Hatcher, Jason Varone, and the numerous devoted faculty and staff from Steinhardt and the Institute of Fine Arts. 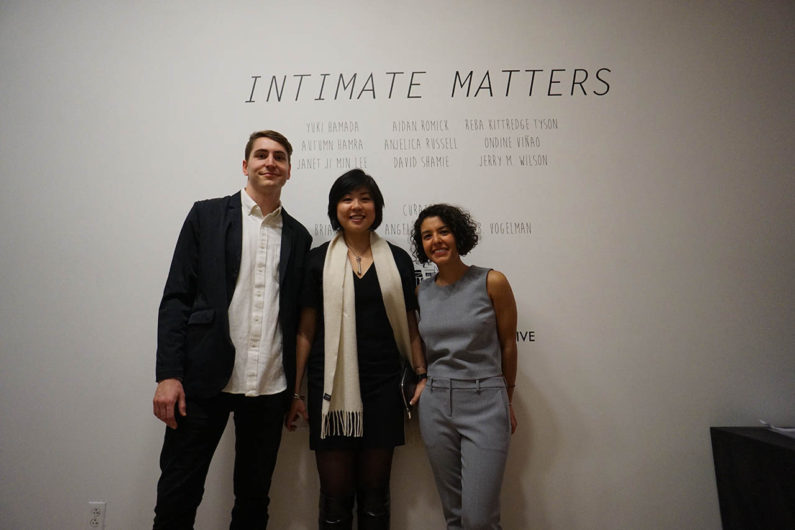 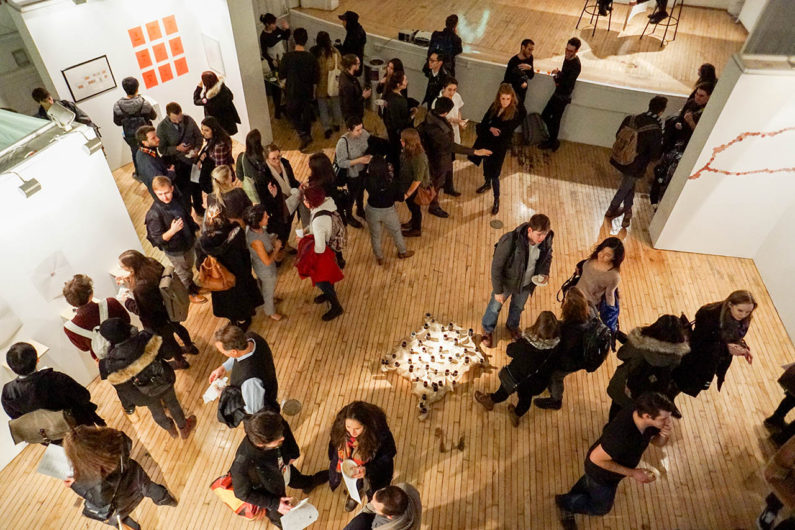 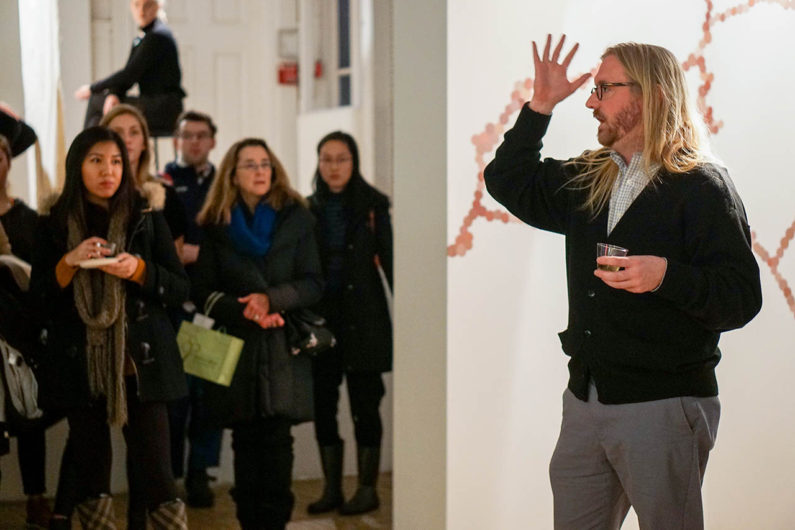 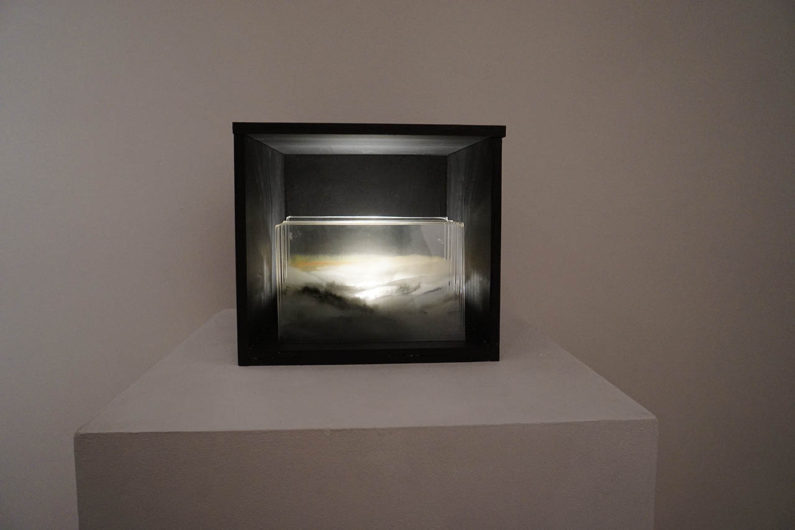 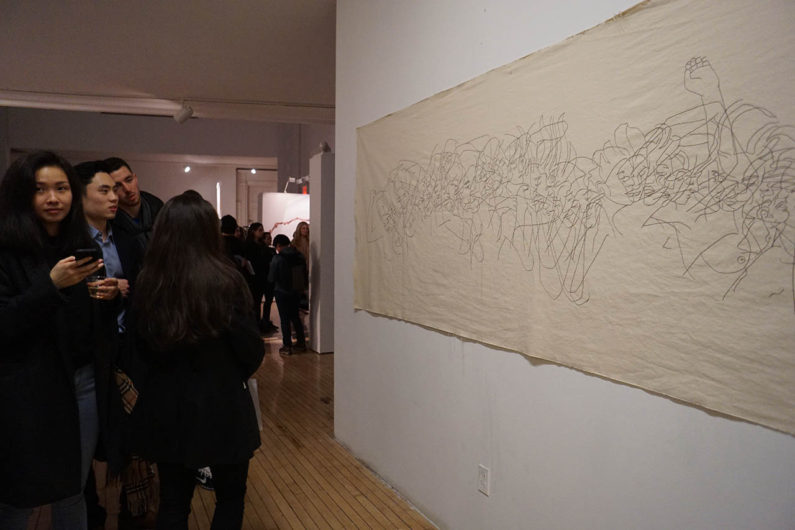 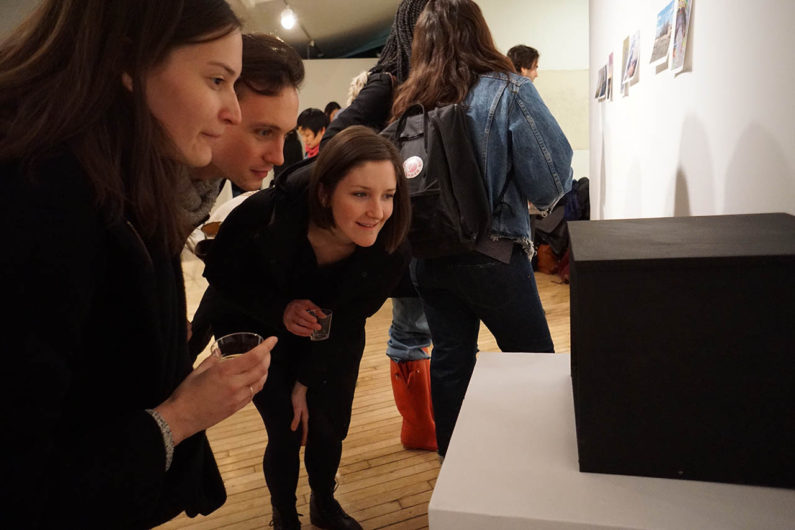 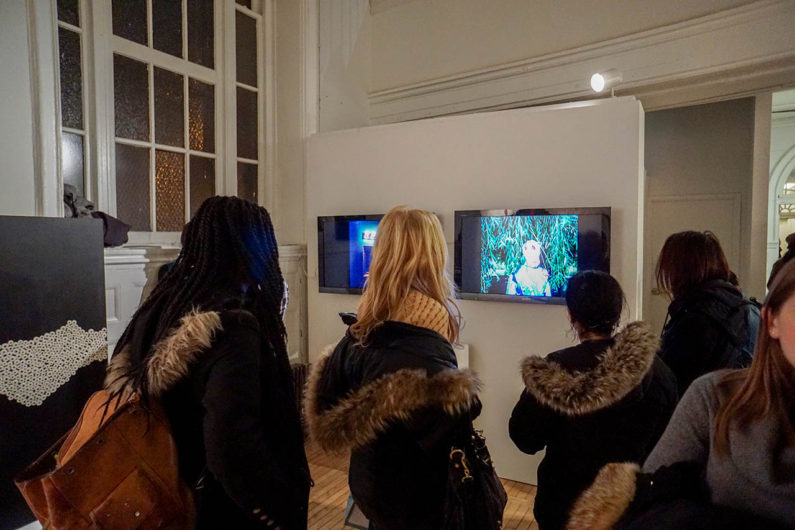 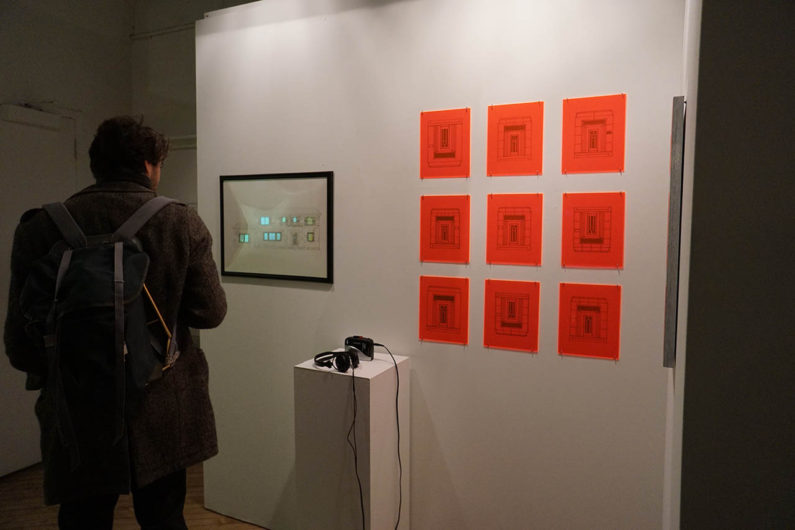 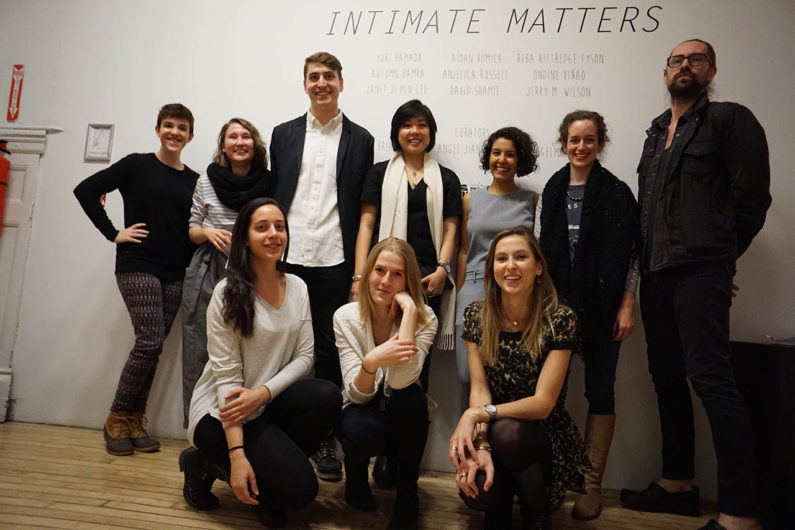 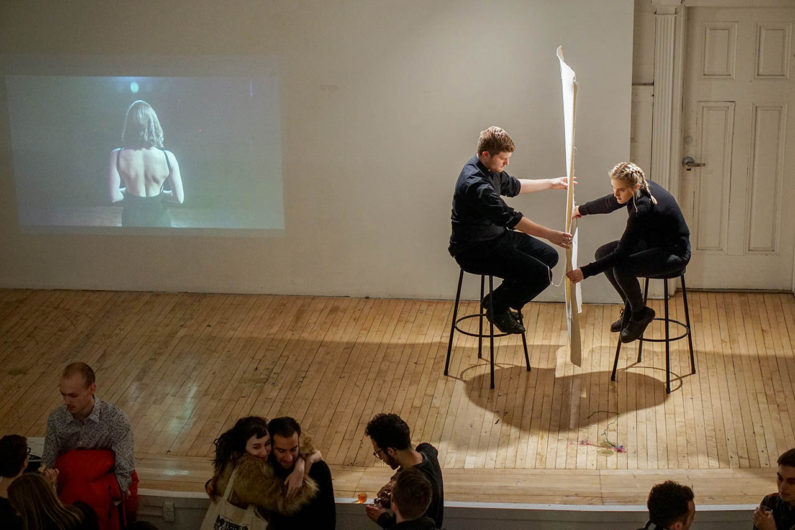