Western culture loves taxonomy for its ability to simplify and sort. But this sorting breeds boxes––both physical and theoretical, real and imagined––that we sort ourselves and each other into. These boxes become identitarian dichotomies: white/black, woman/man, servant/served. And in their overly simplistic formulation, these bifurcated boxes become cages. Through their work, Alyx Runyon and Maya Beverly explore and expand these limited categories of identity, revealing their confines and finding freedom in their interstices.

Through performative video and sculpture, Runyon makes the limitations of our binary definitions of race and gender legible. Using their body as a medium in their video works, sometimes placing it into physical danger, Runyon literalizes the suffocating sensation of failing to fit into predetermined spaces and definitions. In both their video and sculpture works, the artist uses plastic to create barriers and boundaries. Nailed to the wall or placed on a pedestal, their sculpture features organic strips or shapes of clear plastic that hold both found and made objects. Like skin, the plastic becomes a membrane and a container for symbols of identity. The transparency of plastic mimics the invisibility of identity formation in the everyday, while simultaneously allowing us to penetrate its surface. What emerges are the grey areas where our definitions disintegrate, and the self comes into being.

Just as binary definitions of gender and race break down in Runyon’s work, so too, in Beverly’s, do the distinctions between public and private space. Beverly’s exploration of domestic labor makes clear that the home and the labor performed within it contain both public and private concerns, for the politics of race and gender can never be left at the door. Drawing on ancient Egyptian shabti figures––funerary objects that were placed in tombs to perform manual labor for the deceased in the afterlife––Beverly creates small ceramic figurines as a meditation on contemporary domestic laborers. Through this alignment with an ancient African ritual tradition, domestic labor performed in the present becomes imbued with historical resonance and regal power. Her small, genderless figures reach across time and place to interrogate and trouble racialized and gendered stereotypes about the bodies that perform such labor. Similarly, Beverly’s ceramic busts explore black beauty standards, teasing out the ways in which hair and jewelry become a site of both pride and prejudice, ideal and distortion. Beverly’s subtle rendering of form causes the busts to be at once figurative and abstract, gendered and ungendered. In each body of work, the body and the space it inhabits become sites of both entrapment and emancipation. Yet again, identity finds its truest form in the intervening space.

Together, Beverly and Runyon unpack the complexity of embodied experience in contemporary life. More than ever before, our taxonomic means of understanding the world are becoming inadequate. What once were easily defined, discrete categories––public and private, male and female––increasingly breakdown under scrutiny. What remains is the space beyond the bounds: the inbetween. 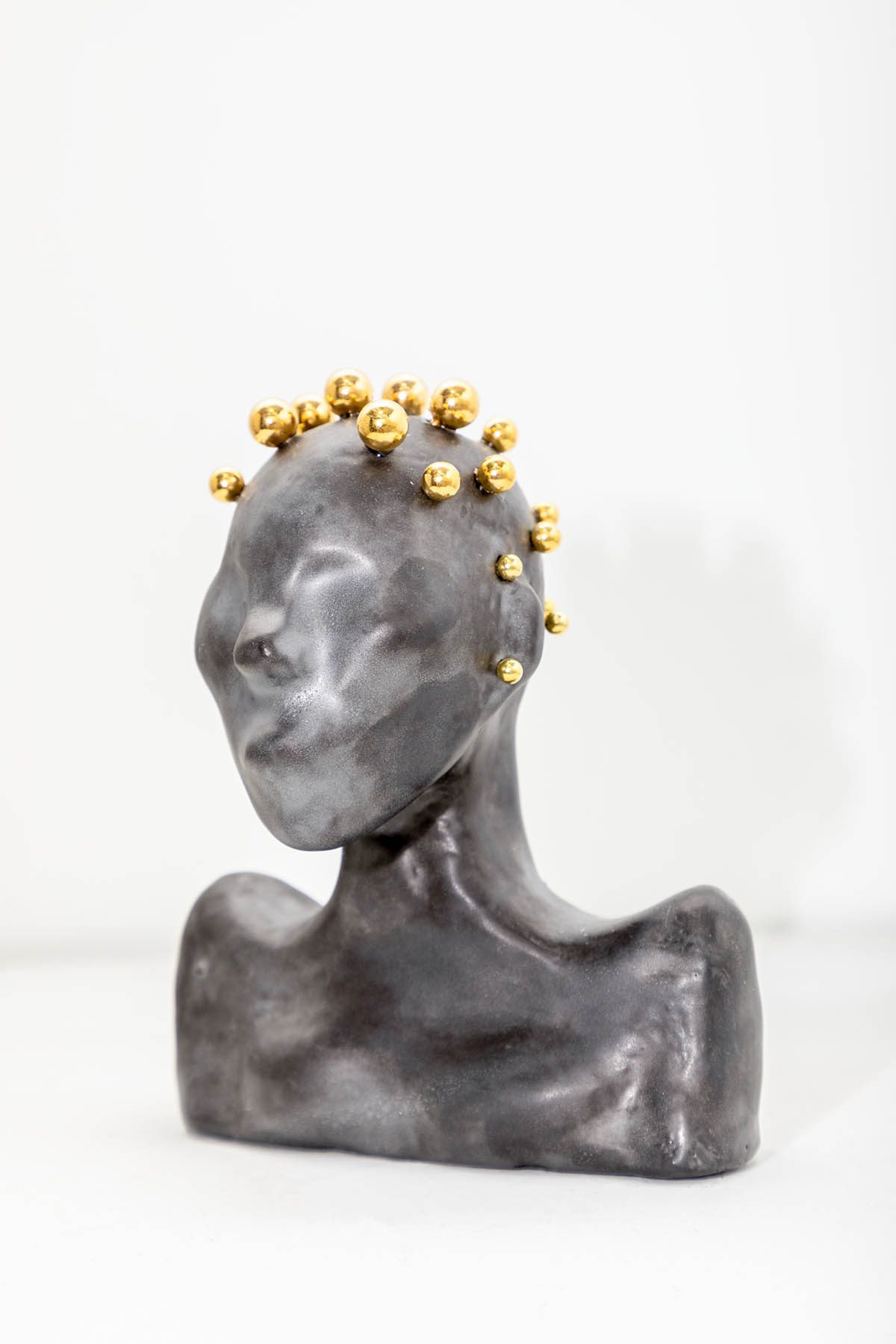 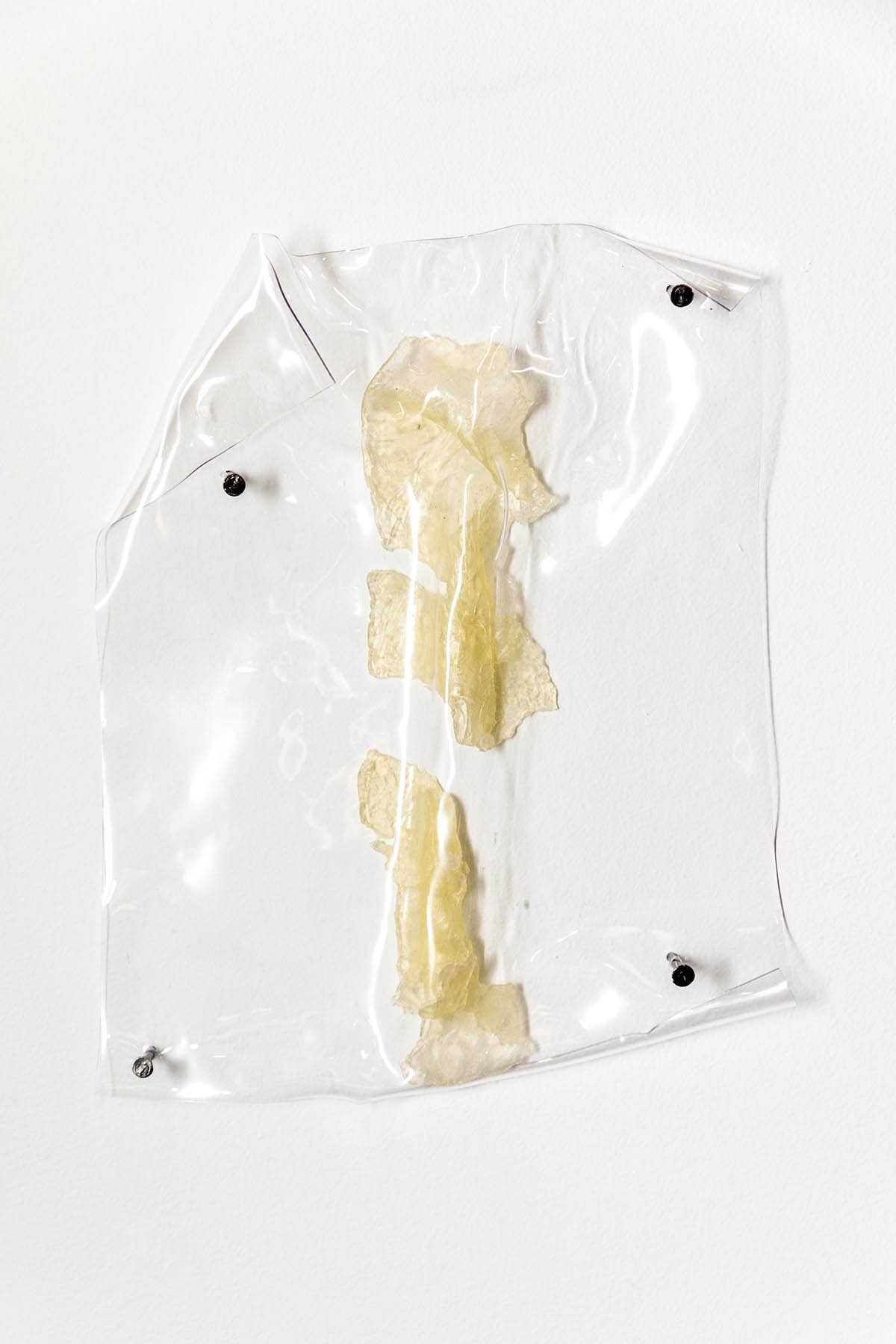 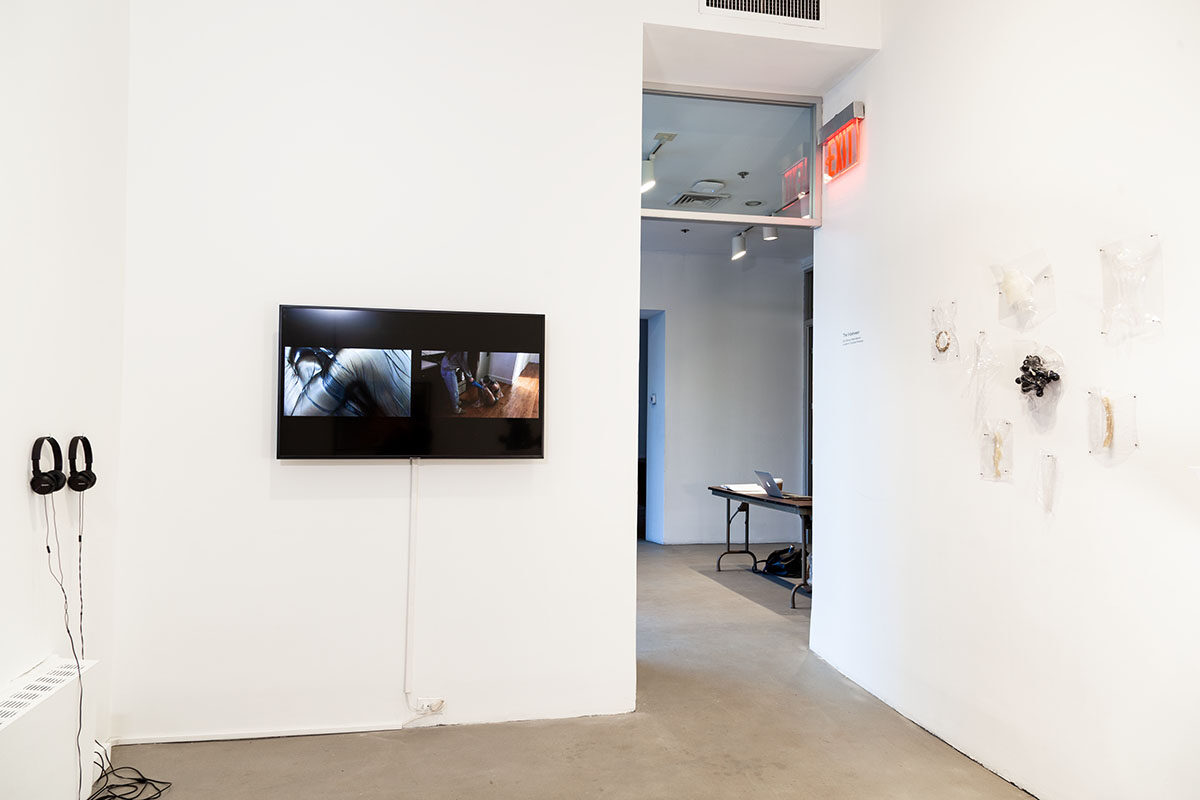 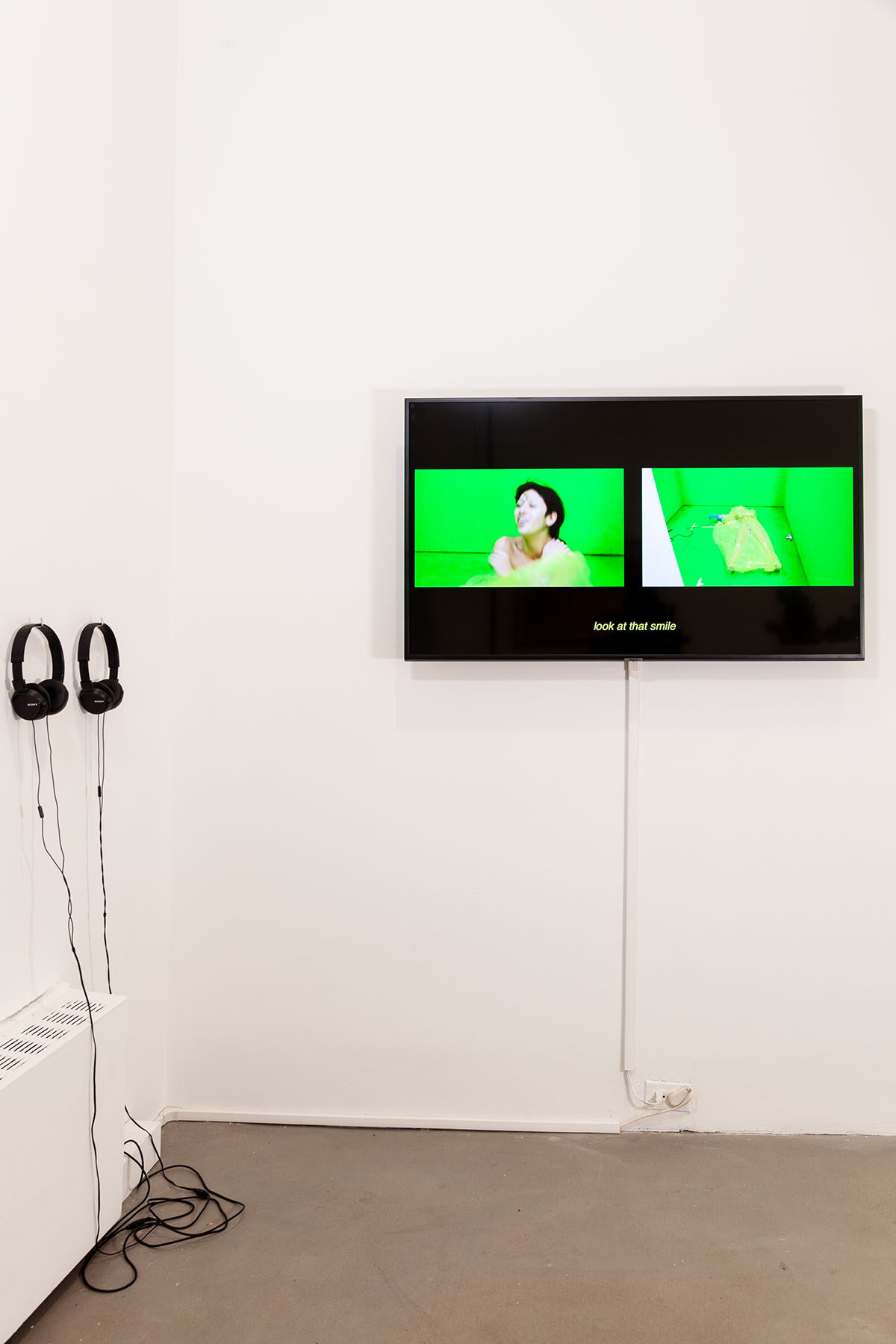 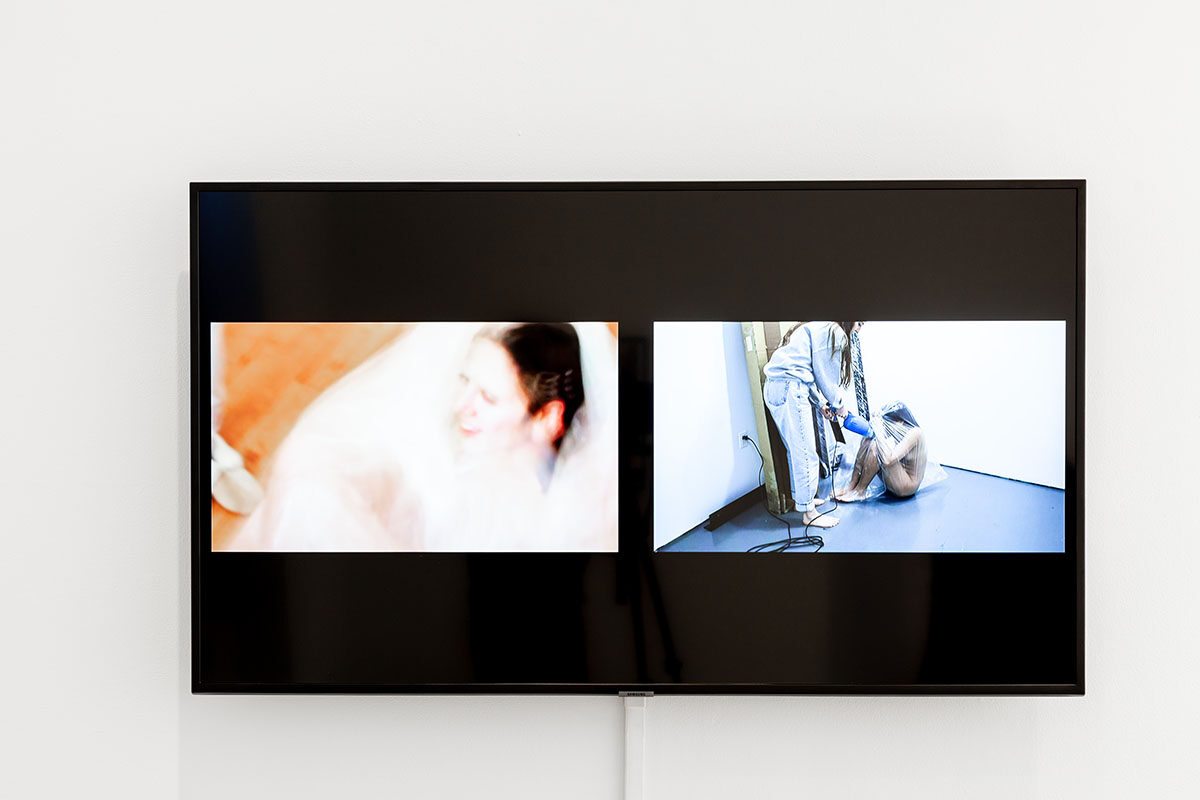 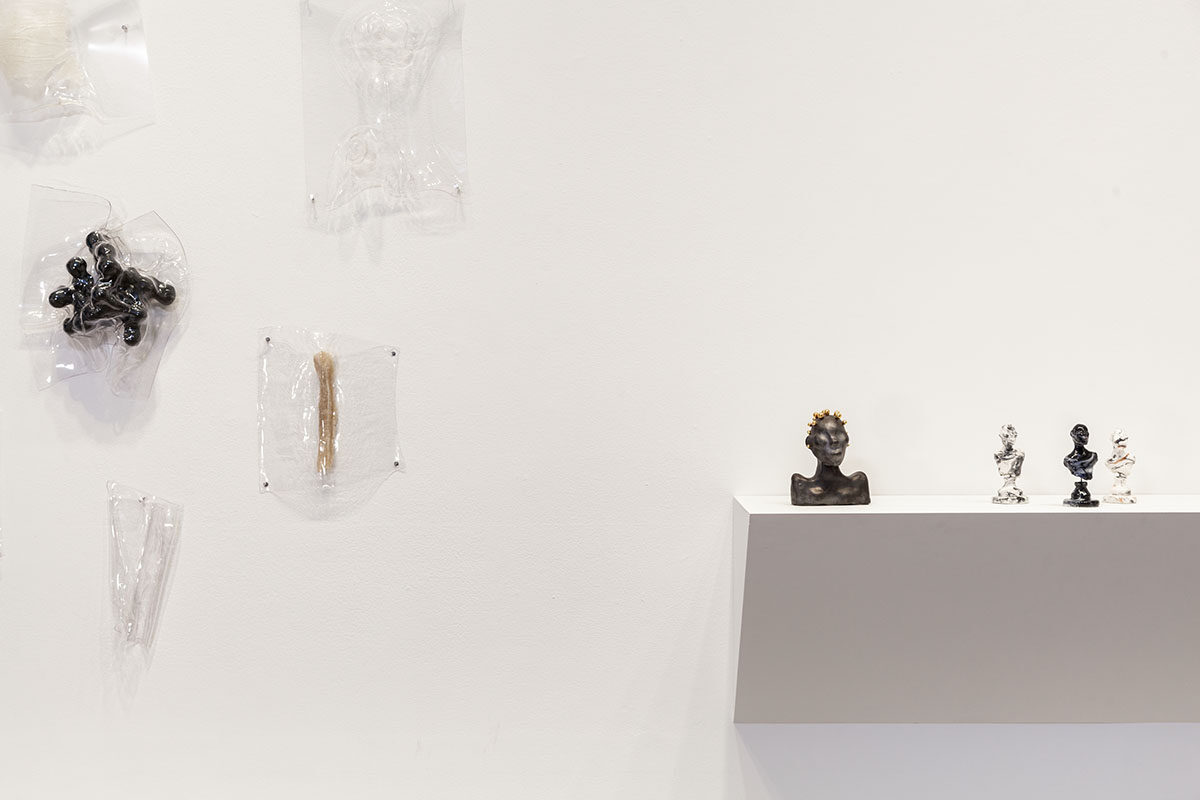 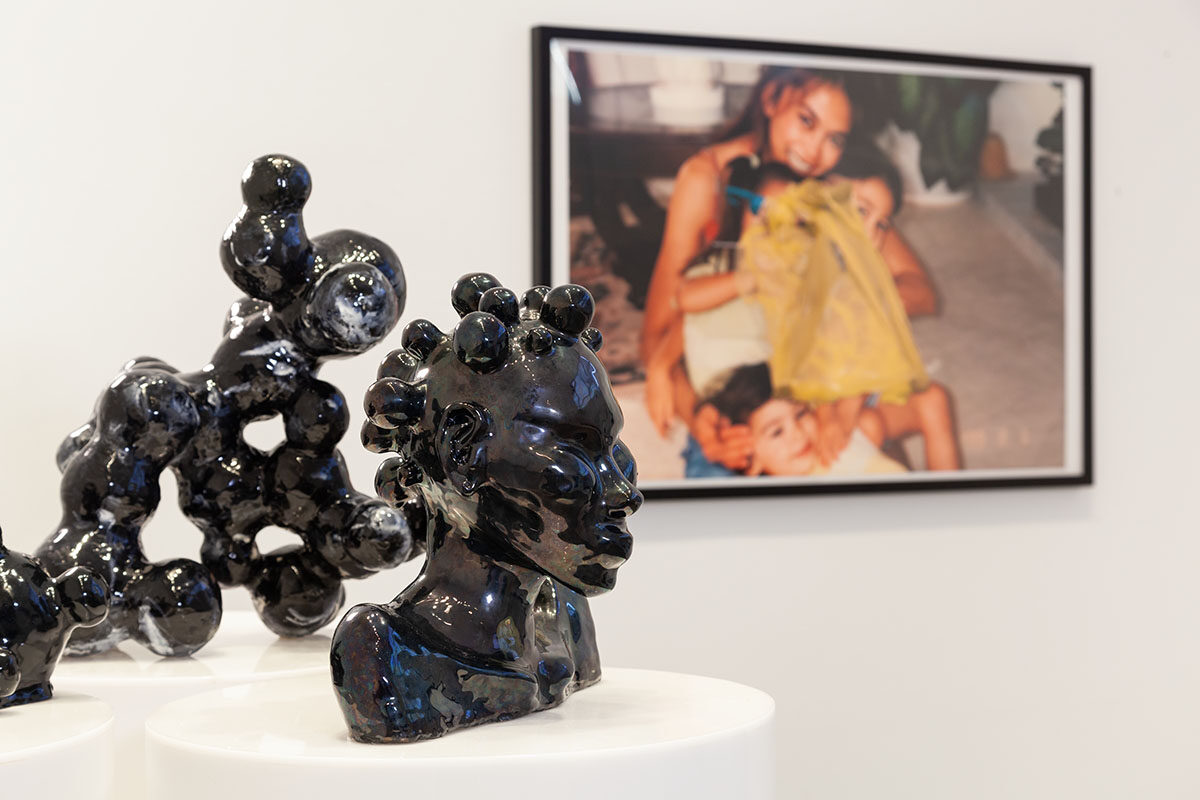 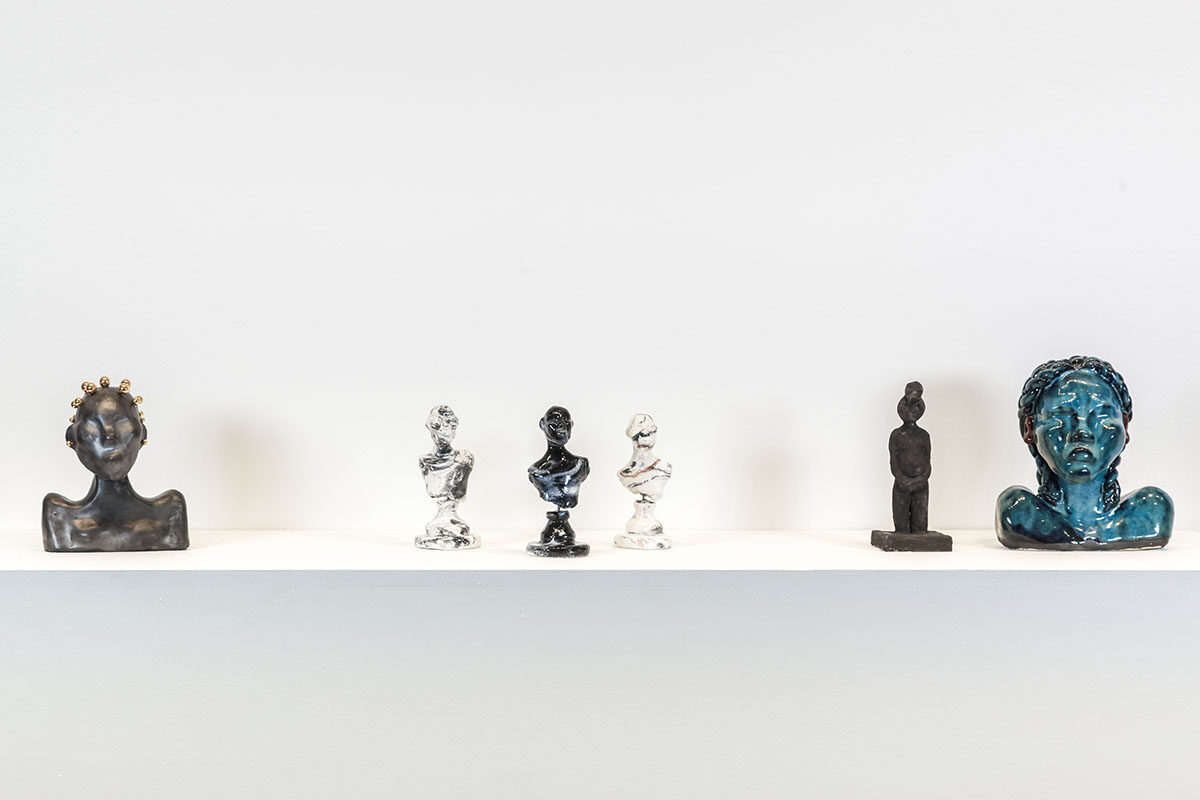