The Life of Objects

The Life of Objects

Chanel Khoury and Christine JiMin Park have been, until recently, engaged in refining the medium of paint. Their languages of painting bring abstraction and figuration into play. In some respects, they stand back to back at the center of this spectrum looking outwardly. Khoury paints perspectival environments that are often illogically constructed and open into a never-ending horizon. Park paints memories and their decay, pulling from childhood photographs. A philosophy student, Khoury’s paintings are in dialogue with a panpsychic perspective, which acknowledges a universal consciousness of objects. Her painting’s technical and stylistic cues resonate with Surrealist painting and mid-century furniture, but she does not treat these references as innocent. Her forms communicate their often-flickering mental state by quivering between supple and calcified. Khoury pushes us into her unfamiliar world by fragmenting narratives and bodies, evoking a tension between mental states and bodily positions. Park, on the other hand, brings us back to the familiar world of childhood, or the faded image we have of our childhoods. In order to make sense of that decay, she connects memory to the particular place that produced it, a concept which springs from Debordian psychogeography.

For this exhibition, both artists have expanded their practice into sculpture. Khoury’s sculpture further investigates the psyche of objects by transferring writhing forms and uncanny pseudo-narratives from her paintings. While Khoury has launched into a project of assembled sculpture, Park favors the found object, and turns to sculpture by way of her interest in sound. Park’s objects undergo the same play of (de)formation which she has previously deployed on photographs. Park carefully allows her objects to evoke their previous life. Familiar 20th century artifacts, such as a payphone, evoke the places where we have previously seen them; anonymous street corners, bus stations and hospitals.

Park seeks to rescue the obsolescent and re-situate contemporary relics in our lived space. Through techniques like laser engraving or electronic refurbishment, Park welds her personal narrative onto the object’s own geographical evocations, refuting their previous, everyday anonymity. The dangling shoes of Park’s larger installation pull the viewer into the work’s narrative, through the fragmented verses lasered onto their soles. Park asks us to consider the places and events our shoes have seen by juxtaposing composed and found text without identifying either. Both Khoury and Park look to extend the horizon of the object, beyond something that “is seen” passively to something that has active agency. They do not, however, intend to threaten our subjectivity but rather point to the way it is conditioned by the things we wear, how we communicate and the spaces we inhabit. The objects in this show incite meaning through a network of memory and empathy with the objects that have helped shape our material reality. 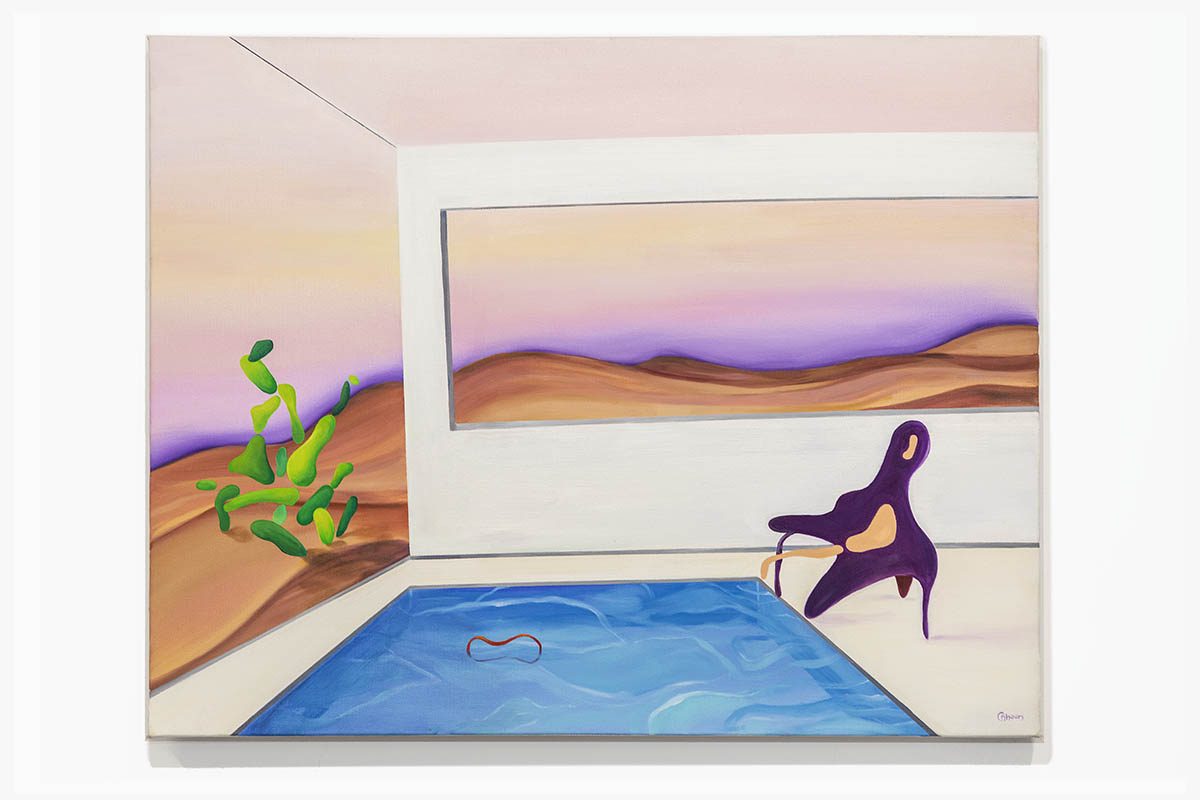 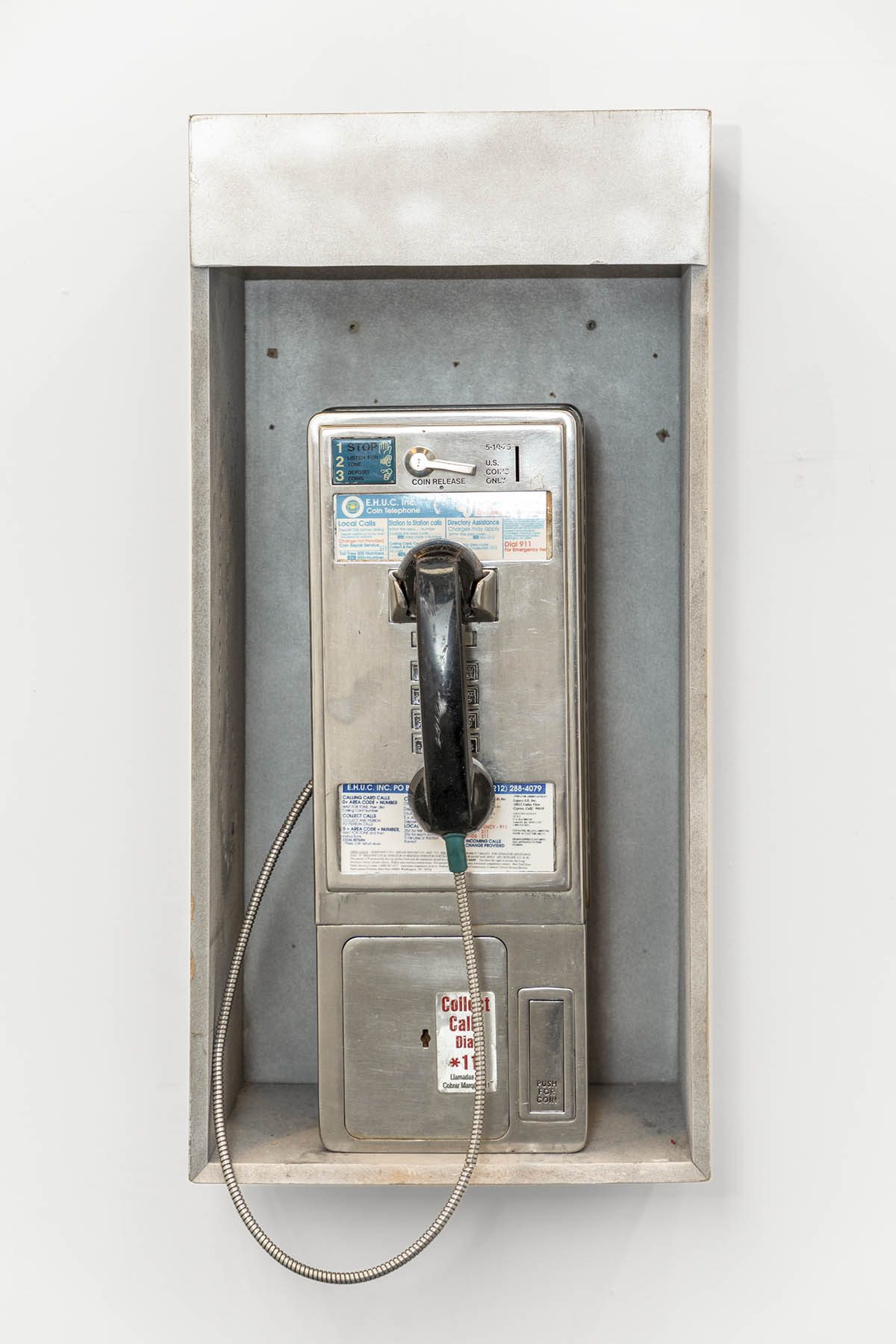 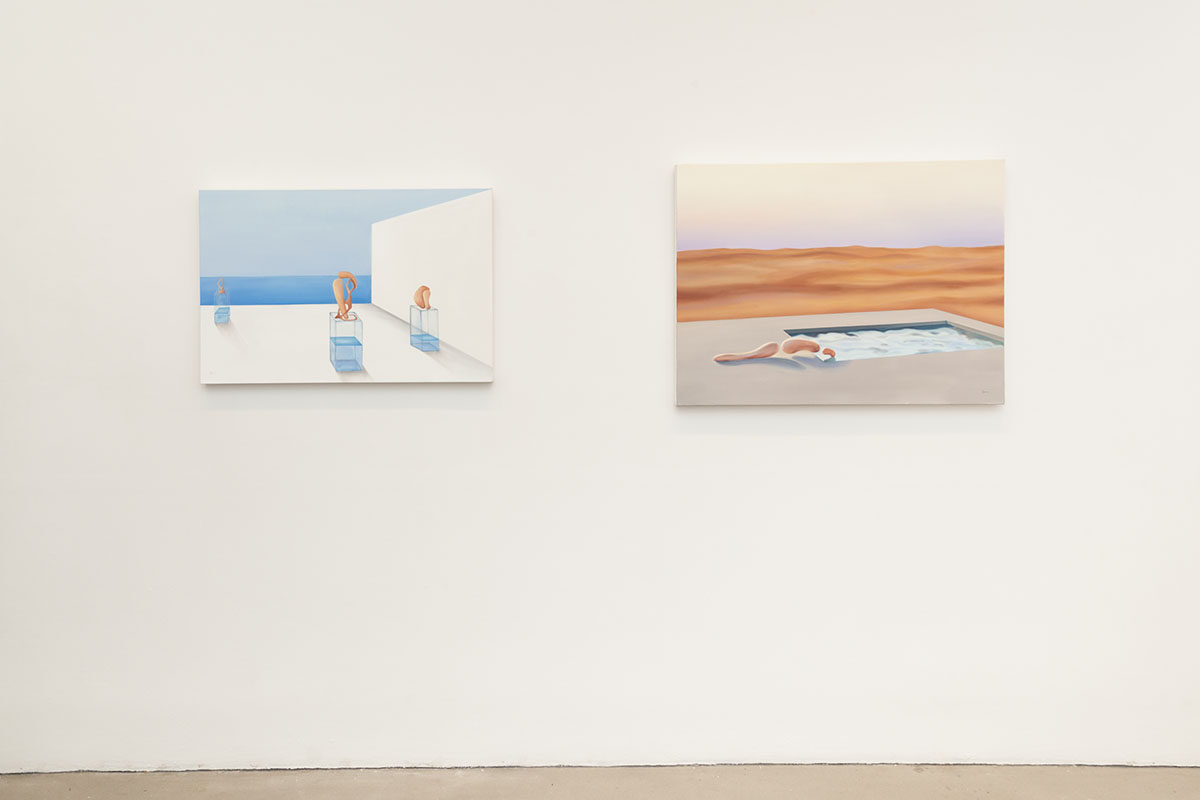 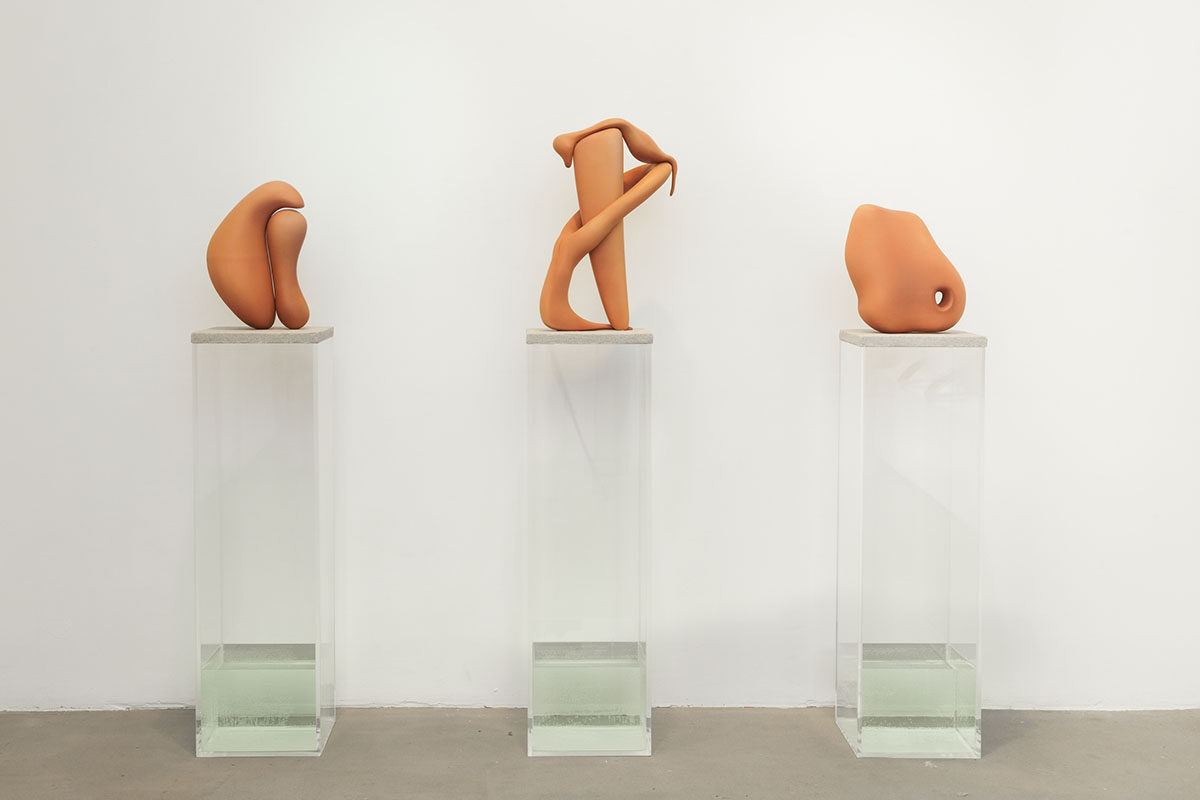 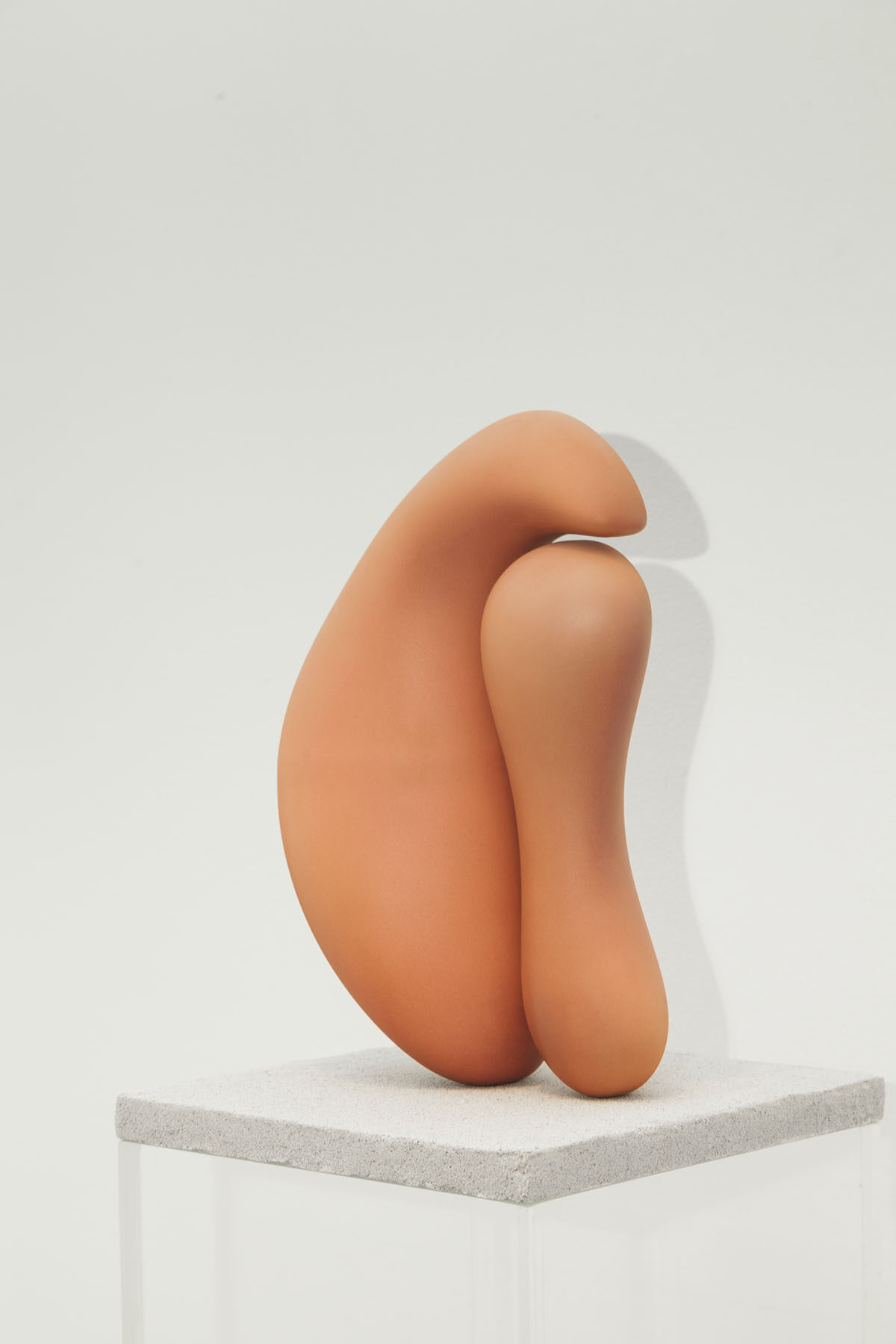 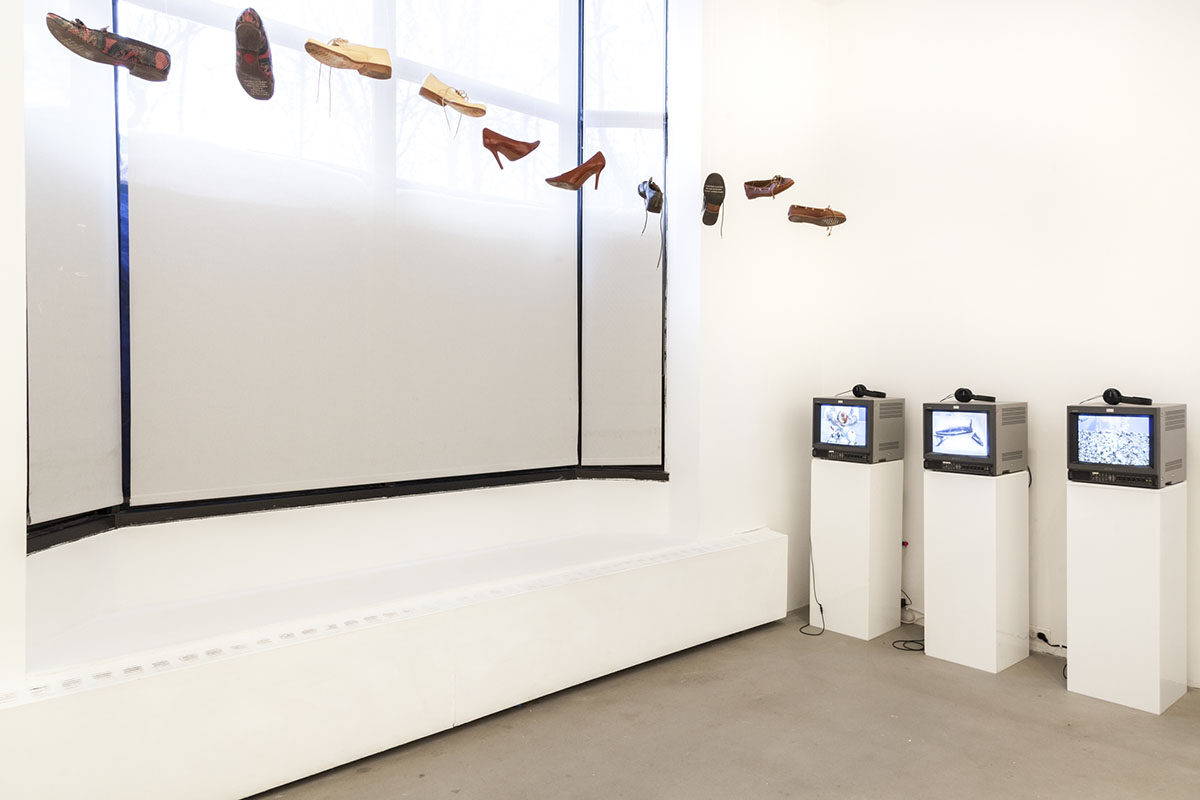 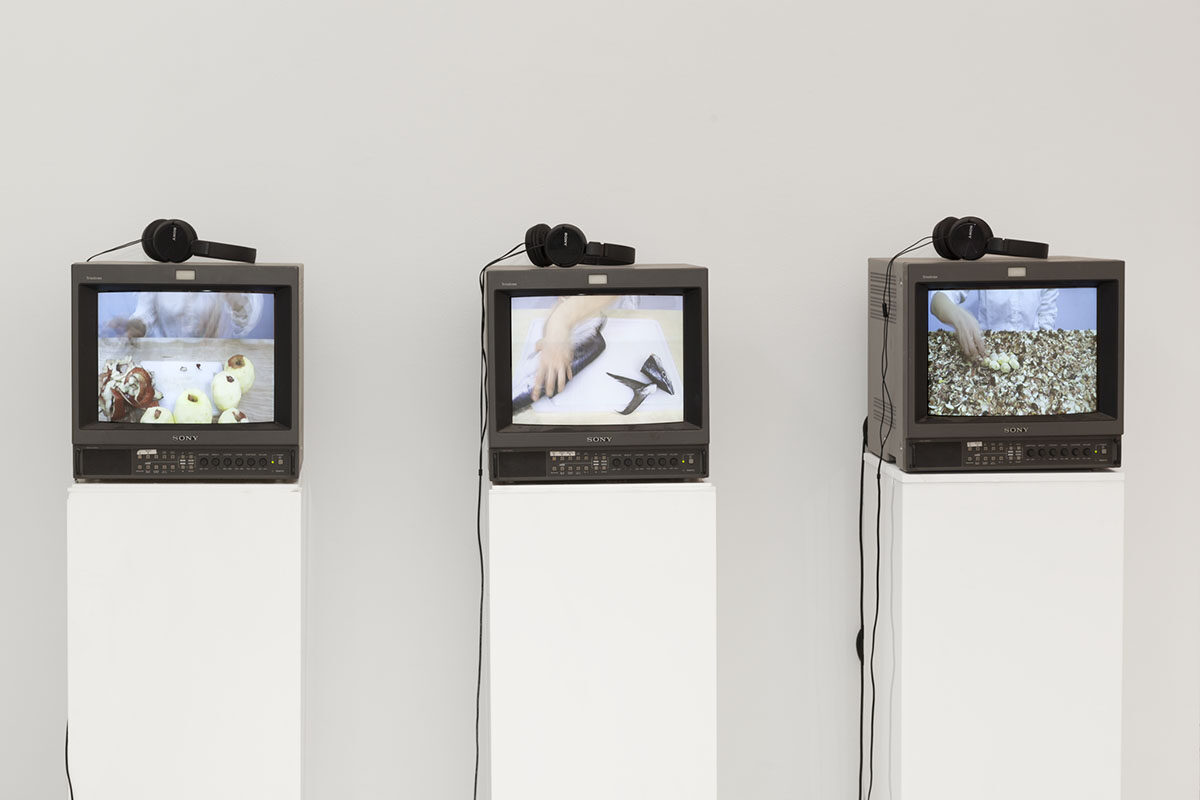 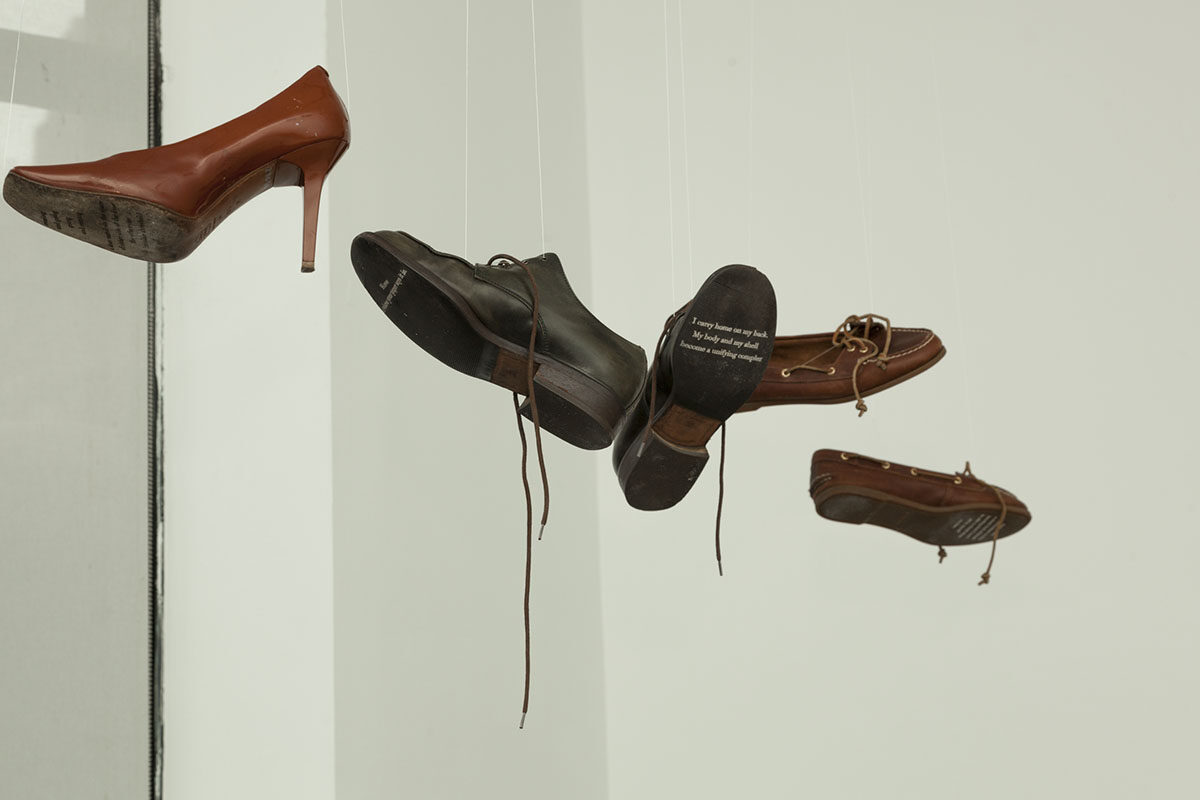