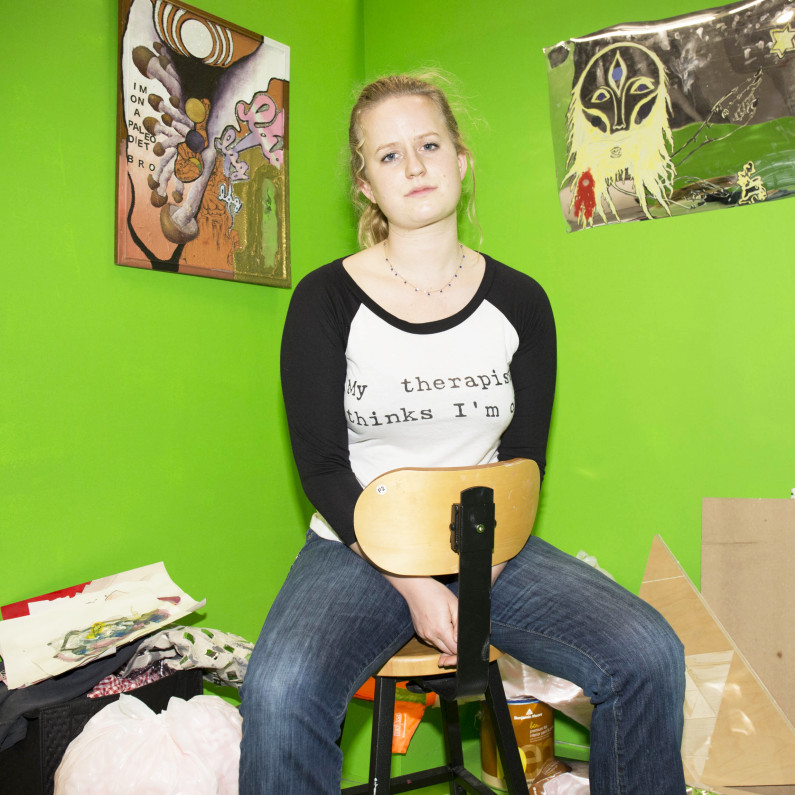 I am primarily concerned with professing timeless and esoteric truths within a contemporary context and medium. Visual and/or experiential representations of esoteric philosophy or theology can be communicated far more comprehensively than through empirical means alone. That is why all cultures learn using myth and ritual, which are experiential mediums. In The Power Of Myth, Joseph Campbell claims that, “Mythology is not a lie, mythology is poetry, it is metaphorical. It has been well said that mythology is the penultimate truth–penultimate because the ultimate cannot be put into words. It is beyond words.” Through my personal spiritual growth, I have found that a visual, mythic, or experiential demonstration of a given truth, drags me into a deeper understanding of its totality. Words alone do not shed enough insight. For instance, I have read many times that, “god equals love”, but those words are hollow unless accompanied by a personal experiential exploration of god as love. My performances, videos, and installations are methods of such exploration and integrate content and context with consideration to the present-day audience. Because of my daily practice of Zazen meditation and Kabbalah, it’s aesthetic and conceptual principles manifest themselves in my artwork. By constantly viewing the world through this particular lens, almost everything I create contains a magical element, whether done consciously or not. In order to express this, much of my work is performance based, because it lends itself to magical thinking and has been the starting point of my art making process . No matter what form the piece takes, whether it sculpture or sound installation, my entire creative process is a performance.

Victoria Browne was born in 1992 and raised in Southern California. She currently lives and works in New York. She graduated from NYU in 2016 with a concentration in painting. Along with painting Victoria often pulls from mediums such as video and performance. Victoria’s work has been shown in the production of the Magic Flute with CHEAP Kollectiv at 80WSE, and alongside BAIT, the contemporary dance based art collective.